This is a transcript of a Social Media Training Livetweet that my friend Suwalee and I did. 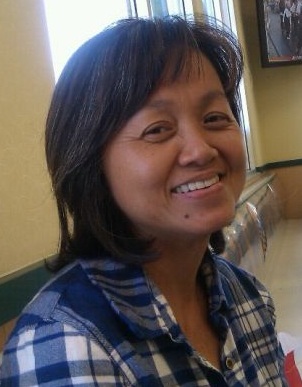 Social media is like a big party where you want to be the most popular guest.

Popular guests don't run into a party and yell HEY EVERYBODY START TALKING ABOUT ME! Neither are they wallflowers.

Suwalee: You mean I have to say things to make me interesting, so they talk about me?

Suwalee: Do people need to know about marketing to do this?

Me: Marketing is detrimental to the social media cause.

Traditional marketing people usually fail on social media because they're too used to having a silent audience. They don't know how to be a participant.

Me: Ok, but, anyone can do it if they're genuine and they believe in their product.

You have to become familiar with twitter. It's just like the party analogy. If you've never been to a party, it's a little weird at first.

Just like at a party, you don't want to be boring, so you find followers who share your interests.

If you want people to find you interesting, tell good stories.

Every party guest knows that the person with the best stories is usually the one people gather around.

Tell the story of your product, your workers, your customers.

Before you get on social media you need to know what your product is, and you need to have at least some idea of it's story.

Provide your followers with useful information about your product, yourself and your industry.

Give people behind the scenes glimpses of your process. People love an inside scoop!

When you become a social media presence, people will come to your social media accounts with questions, comments and problems

You want to answer them quickly and accurately. Accuracy is only slightly more important than speed in this instance.

Addressing angry customers in social media with excellent customer service can turn a critic into an ambassador almost instantly.

However, not every criticism needs to be addressed. Sometimes people are only mentioning you in passing, and you butting in can be rude.

Social media gives you the opportunity to see what people say about you when they think you're not around.

Search for your name, and you can find out how people talk about your product.

If people @reply you, they are speaking directly to you or making an effort to get your attention.

Not all @replies require an answer, but some offer great opportunities to turn a customer into a brand ambassador.

Social media allows people to do something we've been trying to do since advertising's inception: foster an emotional connection.

Suwalee: How can I measure ROI for social media?

Me: Without expensive marketing surveys, it can be difficult, but it's so cheap if you make $50 more a month, it's already paid for itself, and you're building brand identity and brand loyalty.

Suwalee: So how do you get new customers to come to you from social media?

Me: That's where contests and discounts come into play.

After you have a little bit of a following, start offering twitter-only and facebook-only discounts.

The best way to learn about social media is to get involved. Good social media communicators are made, not born.

Suwalee: Have you ever had anybody say something so nasty about you that it ruins your day?

Me: Yes, which brings me to trolls.

People who say very nasty things about you on the Internet are called trolls. Their criticisms have no merit, they are simply mean.

Suwalee: It's because it's in public that makes it worse, other people could read that and believe it!

The nature of 'public' has changed. Everybody has just as much ability to be 'public' as anybody else now.

People unfamiliar with social media tend to assign value to anything that's published, but that's no longer the case.

The reason social media is good for small businesses and individuals is the same reason it can be bad: Everyone can have their say.

And sometimes what people have to say is really dumb, if not downright mean.

Trolls should be ignored, and whenever possible, their comments should be deleted. Trolls make the comment section a hostile environment.

In the party analogy, the troll is the guy who's too drunk and is trying to start fights. Eject him, he doesn't belong here.